Richard Bandler and John Grinder initially created NLP in 1975. They began by developing models based on top communicators of the time. Their goal was to discover why certain people produced excellence and then to create models to allow other people similar behaviours. Initially they studied the likes of Milton Eriksson, Fritz Perls and Virginia Satir but over the years many others have contributed to the growth of this field.

From these models grew a host of techniques for rapidly and effectively changing thoughts, behaviours and beliefs that previously had limited ones development. These techniques are commonly known as Neuro-Linguistic Programming (NLP).

It is important to realise that NLP is a set of guiding principles, attitudes and techniques about behaviour in real life. It gives individuals choice; choice to choose their behaviours, emotional states and physical states of well-being by understanding how the mind works. It removes self-imposed limits.

NLP explores the relationship between how we think (neuro), how we communicate both verbally and non-verbally (linguistic) and our patterns of behaviour and emotion (programmes).

Essentially, NLP is how to use the language of the mind to consistently achieve specific and desired outcomes, in a simple and efficient manner.

Get the latest in vibrant health in your inbox! 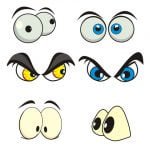 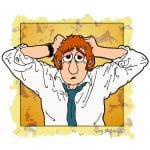