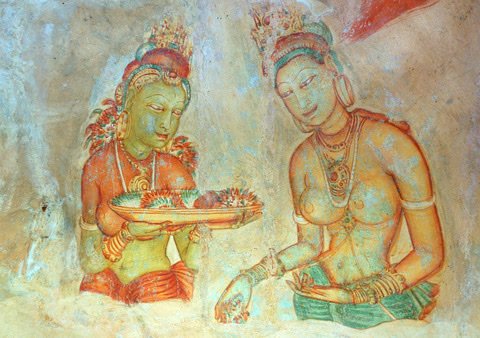 What About Nymphomania? How Does Libido Get Out of Hand?

Firstly, we can see that the conditioning, society’s ‘framing’ of behaviour must be understood before we can get to the heart of whether it may be doing harm. These good old labels we love to slap on illnesses, dis-eases, mental illness. Would it not be more beneficial if we viewed these as purposes, processes and behaviours?

Do we need to check in on ourselves regarding our sex? After all not so many have questioned low libido, which again can be part of the process of trauma. Questions I would ask; is your sex drive harming you or others with this behaviour?

What does “nymphomania” actually describe?

By 1802, when the word ‘nymphomania’ first appears in print, women’s sexual drives were viewed with disapproval. Women were deemed healthy when their only desires were for marriage and children; domestication to adhere to a patriarchal system was already in place. Sexual pleasure for women was taboo.

The word nymphomania comes from Latin and means ‘nymph madness’.

At the time the word was coined, women who spoke of strong sexual desire were seen to be unable to control their urges. They were deemed shameful and unhealthy. It was assumed that lust in women signified dis-ease. Treatments ranged from cold baths and bleeding to surgery.  In fact, the term nymphomania and its partner, satyriasis (male heightened sex drive) were removed from the American Psychiatric Association’s Diagnostic and Statistical Manual of Mental Disorders in 1980. They are more commonly known as hyper-sexuality or sex-addiction now.  Largely because it is challenging to define the criteria of such behaviour.

Meta Consciousness views the drive for orgasmic release as a natural part of the stress- restoration cycle of life.

However I would like to add that many women do not reach climax and that orgasm can feel so different for each unique being.  In fact a recent study showed that age does count. 61 percent of women ages 18 to 24 experienced orgasm the last time they had sex, 65 percent of women in their 30s did, and about 70 percent of women in their 40s and 50s did according to Dr Debby Herbenick.  In fact the clitoris has over 8000 nerve endings, and therefore some women have clitoral orgasms, some have internal orgasms, and the G spot is still under some debate.  Orgasms can be reached in many ways, I worked with a lady who could bring herself to orgasm simply by thinking of erotic thoughts.

This was first highlighted in the 70s and called Thinking Off. Barbara Carrellas, the poster girl for ‘thinking off’, was actually put in an MRI machine and studied by researchers at Rutgers University. Ah the 70’s Hippie love! However, science backed her up. The parts of her brain that would light up during orgasm lit up through her thinking off.  This requires some kegel muscles, and clearing your mind for me time, meditation, clearing your traumas. Personally I know women as well as myself who

have had orgasmic experiences through Kundalini and breathework.

Again we can explore the differences from internal or external orgasms back to trauma and our yin and yang energy.  Whilst I was going through mania I personally had a very active libido, when I hit the depression: nada, nothing and occasionally the healing peak would cycle around and boom, vibrator to the ready.  The latter felt awful for me, no connection. Orgasm was a poor release for the lack of connection in my soul and heart. Crying during sex can be very normal and healing and is called postcoital tristesse (PCT) crying after does not always indicate sadness however when it is, it is aptly named postcoital dysphoria (PCD) with anger, aggression, anxiety, etc., as symptoms. This could relate to many reasons not only depression.

As all energy ebbs and flows, so too does our sexual desire. The healing peak arises in the mid-point of the restoration (parasympathetic) phase. The body has been in stress and it now peaks to rebalance. This cycle happens daily. It happens also as triggered by specific events. It’s a natural balance mechanism. No part of it is unhealthy per se.

The natural desire for an orgasm or release will arise when we have been active and are allowing ourselves to rest. The greater the strain in the activity, the stronger the need to relax. Hence the energy cycle’s resting phase, is an intense re-emergence into the first phase, the ‘stress-mode’ of activity. In the heart of regeneration, this huge wave of energy. Followed by a greater ability to rest, to fully let go, to relax. Think about when you and your partner are aroused, pupils will be dilated as they are in the stress phase, so not all stress is a negative thing!

All good, for sure.

However, as energy cycles — go from ‘stress’ phase to ‘restoration’ phase and back again, endlessly — traumas and triggers occur. These disturb the natural ebb and flow of energy. They knock the whole cycle off kilter. The imbalance causes physical dis-ease and when the unconscious simply cannot cope it will adapt and change its behaviour, thus our behaviour may be deemed out of the norm or a mental dis-ease.

Behavioural dis-ease, which includes an accentuated sex drive is caused by a combination of traumas. Ultimately tis means that more than one trauma has landed and this can actually come from one event or multiple events.  These trauma combinations are known as ‘constellations’ to those versed in Meta Consciousness. They show up on CT scans as a sprinkling of star-like impressions.

The trauma combinations that trigger exaggerated ‘need’ for sex involve two sexual conflicts (molestation, rape, rejection, any non consensual act physically or emotionally) and two territorial loss conflicts (loss of our identity, job, home, object). It is important to remind ourselves that these can be perceived or real as our brain cannot sometimes differ.

Constellations are complex. This unique sexual constellation involves the coronary vein/cervix and/or the coronary artery relay in the brain. When working to resolve it, we must proceed carefully, tuning into the client’s wisdom for the pace at which they are able to work.

Post mortal constellations are the pendulum of depression (and there is a spectrum from melancholy, procrastination to catatonic) to mania (again a spectrum from feeling energised to illusions of grandeur) this is whole and complex and too much to write in this blog. However it is important that we also need to be aware of the potential for suicide attempts. All post-mortal constellations are vulnerable to such attempts when the left or manic (motivated) side of the brain is inflamed by conflict.

At the end of the day we need heart to heart connection within a safe relationship, otherwise the act of sex again and again can actually be the self prophesising trigger and tracking of these traumas.