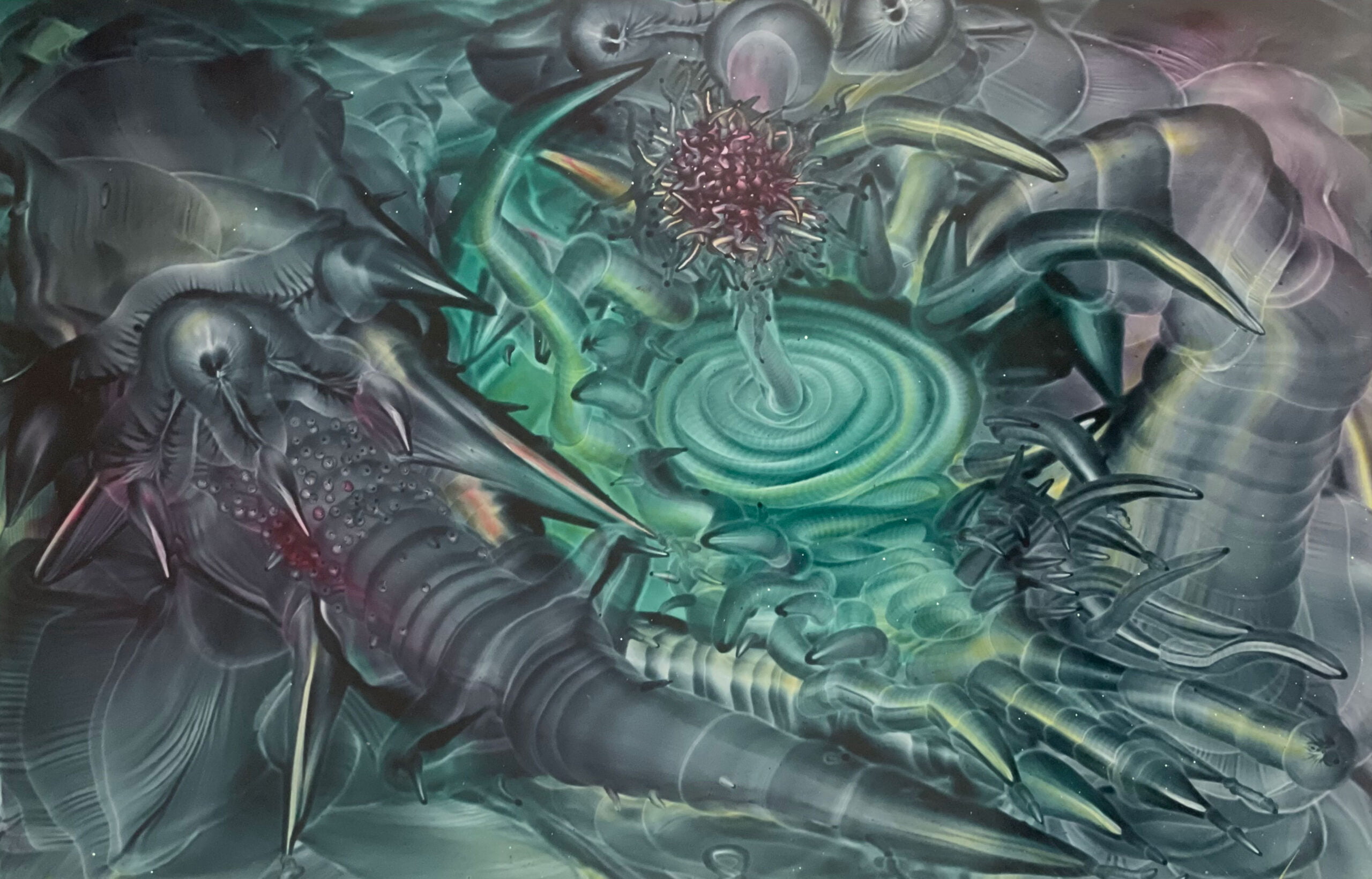 The Problem with Immunity

We are told from our first days on the planet that germs are bad, dirt will bring disease and that the natural world is a dangerous place to live.

How do we survive? We are taught that our bodies are naturally armed to defend us against attack. This is what we call our immune system. It includes an alleged army of front and second line warrior cells, primed to fight off invading pathogens…

But, we learn, our immune system isn’t always up to the task. Already teaching us a bias, a belief that we simply cannot trust our bodies when it comes to health.

Babies (and adults) are vaccinated to provoke immune responses. This, we are told, protects them from the microbial enemy – forearming them against attack. It doesn’t always work, but the alternative is to leave them vulnerable and unprotected, thus creating a fear and validating this bias and belief to not trust our bodies.

The omission is that this is all science theory. Not science fact.
And it’s a very old theory.
Old and flawed.

But it’s where all the money has gone. For centuries, we’ve invested our mainstream resources based on the assumption that the initial ‘Germ’ theory (see my previous blog) is not only sound, but accurate. These days, who would dare query the ‘fact’ that we are vulnerable to attack by infectious microbes which will destroy us without vaccinations to augment our immune defences?

Meta Consciousness builds on different foundations.
On the ‘other’ theory.

The one that says that the human body is far from a sterile environment that must be protected from microbes at any cost.

The theory that looks at microbes outnumbering human cells by a ratio of 4:1 and says – ‘Microbes can’t be the enemy…’

The theory that concludes that as 52% of our human genome is comprised of viral inserts and other microbes, viruses can’t be the monsters we’re taught to fear.

Founded on terrain theory, Meta Consciousness looks at the facts: where there is dis-ease, there are generally large numbers of microbes. But instead of assuming that the microbes must be causing the dis-ease, Meta Consciousness looks at the numbers.
And the body’s intelligent design.
And the fact that we have survived for a very, very long time in the face of trillions of these allegedly would-be assassins…

Meta Consciousness reminds us that we are an integral part of a microbial soup. We all have innumerable potentially pathogenic microbes in our bodies at all times. (One dramatic survey result demonstrated that 42% of a sizeable group of completely healthy subjects tested positive for AIDS. None developed symptoms.)

Why then, do we not fall prey to our resident, potentially deadly microbes?

Our text books tell us we survive because of our immune system, described in two parts:

Western medicine tells us that the immune system is there to fight off invading pathogens. The innate system arms us against the general threat. The second line of defence — the adaptive immune system — is deployed to attack specific infections if they’ve managed to get past the innate frontline…

It’s warfare, pure and simple. Now think of that, really think how do you feel when you read that your body is constantly at war… Sounds and Feels exhausting for me

The immune system can ‘fail’ or ‘break down’.
It can ‘attack itself’ (auto-immune disease).
It can be ‘compromised’ or ‘weakened.’

We’re vulnerable. Hence we are WEAK and not only that need to be fearful of ALL microbes and look externally for a quick fix

And the Meta Consciousness view?

Nothing is going ‘wrong.’
No mistakes.
No ‘break down.’

No ‘attack’.
Not from outside, not from inside.

No invaders.
No battles to be won.

Every observed phenomenon, interpreted by western medicine as evidence of the body at war with the microbe, (or with itself by mistake) is understood by Meta Consciousness to be an intelligent, logical, predictable response on a cellular level, our bodies are a beautiful intricate eco system

We are not at war.
We are simply seeking inner balance. Our immune system is not simply one organ, one tissue, it is our entire body, our own little universe, as a good friend calls it, ‘earth onesie’

Symptoms are not signs of conflict. They are indicators of a body repairing itself in the aftermath of shock and trauma. The caveat is that we are so domesticated and conditioned we can easily get stuck in this cycle

The innate immune system is an awesome, beautiful, unbelievably sophisticated system designed to ensure that the body functions optimally within an ocean of microbial life, both within and without the body.

It comprises many intricate parts, including specialised barriers (e.g. the blood brain barrier) that control our internal microbial composition. The body knows which microbes it needs at any given time.

We are not at war when we invite particular people into our house and leave others to walk past our door. We are simply selecting the company we keep. So too, the body regulates the microbial mix to best support our cells. This can feel painful or downright scary at times, as we are not understanding the process.

Microbes – Hired help for a body in repair

We can then relook at the microbe in a different way, the body contains millions upon millions of microbes, many of which can become pathogenic — creating symptoms of dis-ease. But mostly, they don’t. Why not?

Western medicine says our immune system fights them off.

Meta Consciousness looks at what microbes actually do.
Fungi and bacteria tend to break down cells.
Viruses (neither dead or alive until activated in the body when needed in parasympathetic, which means in restoration YES they in the rest and digest state) generate proteins, cellular material.

Now we look at the two phase process of dis-ease: the body’s response to trauma. New German Medicine (NGM) has it mapped down to brain relay origin of the tissues hence we can be really specific in identifying what our body is endeavouring to process. That particular conflict or event or trauma even unconsciously that we are endeavouring to resolve.

For all dis-ease processes, we learn that one phase involves cell increase. The other involves cell decrease. It’s a balancing process.

The body is creating or reducing material within the body all the time in response to its primal, reptilian-brain understanding of the threat-safety status.

We can now see that microbes as co-operative agents within the body’s restoration of balance following trauma. Microbes are used by the body to build up or break down additional material once a perceived threat has passed.

Body immunity? More of a com-munity really…
Meta Consciousness guides us to view the symptoms of ‘infection’ as the body cleaning up or rebuilding… a breathtaking rebalancing. We take each symptom in turn to understand its value and biological intention. We support it by releasing ‘negative’ emotions from the cells and by giving the body the most nurturing environment, nutrition, exercise/rest possible.

Rather than needing ‘immunity’ from invaders, we nurture our inner community – with its intricate orchestration of barriers and build up / break down microbes. The observed activity of the cells, that are deployed to engulf, dismantle, dispatch microbes etc, is seen as perfectly choreographed co-operative functionality. This beautiful ecosystem that is so intricate and has so many depths to it due to each individuals consciousness.

Have you ever wondered why some people heal without intervention and others don’t?
… the greater the trauma, the greater the challenge for the inner community. This is where our inner compass of Meta Consciousness can guide us.

Acute dis-ease reflects a severe trauma as perceived by that individual. Chronic conditions indicate repeated re-triggering of trauma. The body never gets the chance to heal.

Through the eyes of Meta Consciousness:

Meta Consciousness directs us to listen to the body. Symptom by symptom.

Let’s look at AIDS. We ask the same questions of all dis-ease…
What are the symptoms? What is the body trying to do? For what purpose? How does each symptom relate to perceived threats and traumas in this person’s story?

Let’s look at a few of the AIDS symptoms. This is a dear subject to me as in the 80s I witnessed my beautiful friends suffer through this.

Pneumocystis pneumonia – lungs are in repair after a life-threatening shock — ‘I’m going to die,’ highly likely after an AIDS diagnosis.
Thrush – a conflict of not being able to spit something out — ejaculate.
Karposi sarcoma – a dirtiness conflict — ‘I’m dirty in the eyes of the world.’
Lymphoma – a self-devaluation conflict — ‘I’m sick. I’m a bad person for being sick like this.’

See how it works?

We notice how many symptoms are the body’s responses to the diagnosis shocks.

Only when we have really listened to the symptoms and their purposes — unique to the client — are we ready to support the body’s healing.

Our Meta Consciousness then guides the focus of energy techniques: we know where to look and what questions to ask to release tissue-locked trauma. By listening with compassion to its stories, we help the body translate their meaning. Attuned, informed focus supports the cells to move through their shocks, discharge trapped emotion, absorb love and restore balance.

Sometimes the body is simply too depleted to be able to restore balance. And the cell environment tips from vitality to morbidity. It is time for the body to die. However i have witnessed with my own eyes that we have a choice. It is not only Anita Moorjani who had a NDE, more on that for another time.

This is not the immune system failing. It is the next stage for our physical journey as we return to the stardust from which we came.

We can move towards this transition beautifully and with joy. The body’s wisdom will lead the way, as long as we train our attention to understand its brilliance and positive purpose, even as life draws to a close.

We are brilliant, adaptive beings, most wonderfully made, in harmony with the natural world of which we are an integral part. Each an individual ego system living in a universe of miracles.

Love, not war, is the answer.
I’m sure there’s a song in there somewhere…!